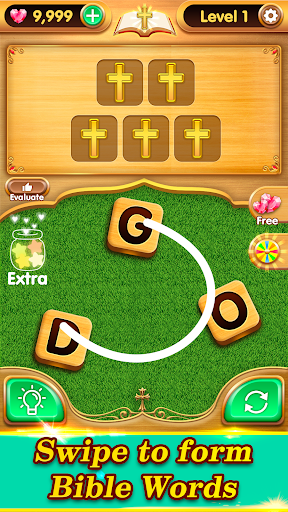 It is a word connect game that you will learn Bible words, unlock Bible verses, pass Bible quiz and solve Bible puzzles with friends and family. Bible Verse Collect starts as an easy word game but gets difficult as playing more word puzzle and Bible quiz challenges. 😎DOWNLOAD Bible Verse Collect, the easy, yet, ADDICTIVE word connect game, for FREE！

How to play?
– Connect letters to build a valid word
– Search for all the hidden words to get tons of free extra coins
– Shuffle it or get a hint to find various words
– Take a screenshot and play with your family and friends on Facebook!

Visit our website: http://www.idailybread.org/
We update the game regularly so we can make it better for you. Get the latest version for all of the improvements. Thanks for playing. 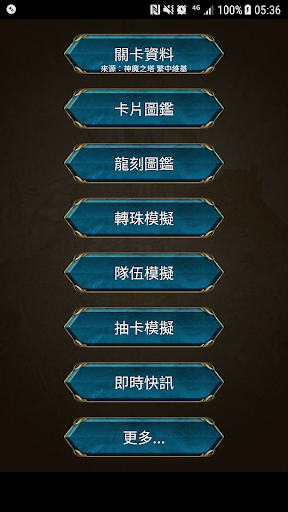 § turn beads simulation
You can watch the replay or ask your friends for help with the bead simulation.

§ Making cards
Make a special card for you! 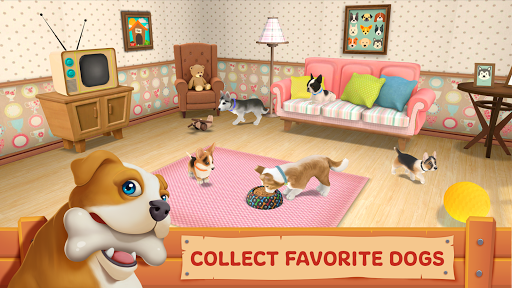 Dog Town: Pet Shop Game, Care & Play with Dog Simulation Game for Android Device- Dog Town is the best dog caring simulation game where you can care and get cute dogs from pet store. Enjoy the cute pet city and dogs that live there! If you love animal games and dogs, look no further! This is truly a pet world where your dogs can live. Dog Town is a game is the best pet shop game for any animal games lover. Play with, take care, feed, wash, groom and dress up pets in your own Dog Town!

You will collect dogs, train them to level them up and send them to quests for exciting in-game rewards! If you always wanted to adopt a pet, play with puppies, were interested in pet rescue then this is one of the best pet games for you. With the ability to customize the rooms where your dogs will live we’ve put tremendous amount of effort to ensure that you would feel attached to yours dogs just like they would to the real ones. 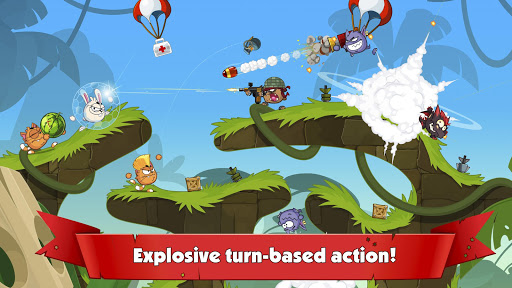 Wormix Arcade Game for Android Device- Wormix — a turn-based tactical game where you can fight on PvP and against the computer or your friends using dozens of weapon types and countless combat strategies.

TACTICS ARE EVERYTHING
You can’t win in this game by simply relying on chance. All your abilities will be put to the test, not least your reaction speed, aim and skill as a strategist.

MULTIPLE GAME MODES
Hone your skills in single-player Missions. Battle in PvP arenas on multiplayer mode. Invite your friends to test their strength in Duels. Perfect your technique, defeating Bosses one-on-one or with a partner.

AWESOME RACES
Ferocious boxers, hellish demons, nimble rabbits, cunning cats and cold-blooded zombies — which race will you choose? Each race has its own distinct characteristics which affect the outcome of the fight.

MIND-BLOWING ARSENAL
Over 70 different types of weapons in the game Store: flying saucers UFO, spiders, teleports, rope, jet pack and a whole load of other gadgets.

MAPS WITHOUT LIMITS
Prepare for a thrilling journey into every corner of the stunning Wormix Universe, where islands in the sky give way to the ruins of megacities and lost planets transition to ghost towns…

LIKE IT?
Rate us or leave a review! Help us make the game even better. 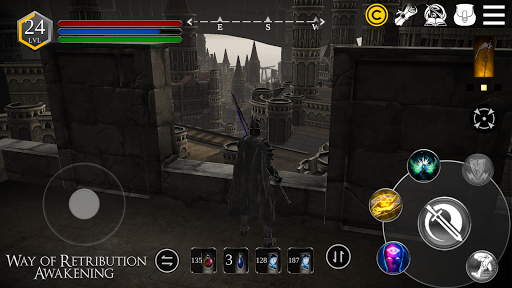 Way of Retribution: Awakening Role Playing Game for Android Device- Start your adventure with sword and magic, increasing your experience and enchanting weapon in a fantasy open world.

Gameplay features:
⚔️ Every encounter with the enemy is a challenge, the enemy behind any wall.🛡
🏔 Seamless world, places to improve equipment and resupply.🎪
🎮 Freedom of fight system, lockable target. 🎮
🛡🗡⚡️⚔️ Appearance editor, starting sets depending on the selected class.
🎭 Flexible character development, a huge number of weapons, equipment and skills, the complex is organized a unique character class, with any bias.

[Official communities]
Find out all the latest news from social networks.
Discord: https://discord.gg/juTh9kg

[The minimum amount of RAM]
2GB

Prehistory
… There was light and darkness. In places where the light faded and the darkness become explicit, was their merger, which formed the worlds. In clots of light and in the opposite – darkness, emerged top – gods. Gods not always has been going on conflict, unlike their adherents of,divinely begotten, which in turn tried to stand on the rung with deity or even exceed.

And once one creature, with a dark soul managed to overthrow the powerful gods, which is why the balance of the world came to naught, the boundaries became blurred, creatures of different origins got out of their territories, conflicts formed.

A world of harmony and calm has become a battlefield with no boundaries. The brave warriors put their heads in an attempt to preserve a shred of hope to hold the chaos, the restoration of peace. Many once prosperous places lost their greatness and became strongholds of hope and protection for the survivors.

The wrath of the surviving gods was turned into a bridge of souls, by which they could be reborn, but at the cost of their current life. For the return of the soul needed the beacons, they began to build around the world. Many began to forget their purpose, meaning of existence, each time returning, becoming more mad and aimlessly wandered the world in search of himself, collecting nuggets of knowledge, dying, lost all faith, memory, intelligence. Sacrificing themselves, deities, created an endless cycle of reincarnation, thereby aggravating the fate of the worlds. They are gone lost.

The battle continues for centuries, perhaps even millennia, no one knows for sure. Creature holding your mind from madness and gloom, by combining essences of light and darkness, created man, who in turn were supposed to end the endless battle.

People, creations of the nameless, and fought on the light side and against. Capturing relics, dead creatures, people became more powerful than the creators themselves, but the vicious cycle of reincarnation did not bypass them. Kingdoms were built, protected by relics, in which there was an illusion of harmony, beyond the borders of the war did not fade. The war people were able to own the artifacts of any opposites. Studying the relics of the original, divinely generated, some became defiled, carriers of greater power than their soul could accept, thus they became deities, new gods. 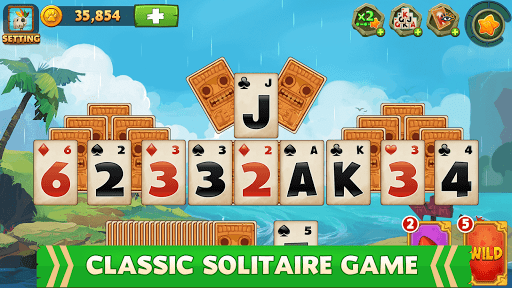 This is a SOLITAIRE (Pyramid Solitaire either Patience) game applicable to Any Ages, if you like card games, the game brings you endless fun, challenges and is completely FREE!

Let me show you our Solitaire Game – Pyramid Solitaire now!

FEATURES:
♠️ Easy and Fun, you will pick up quick!
♠️ Crisp,Big and easy to read cards
♠️ Hundreds of fantastic levels – with more on the way!
♠️ Global Leaderboard – you can compete with players around the world.
♠️ Daily quests, events, activity, challenges, and rewards!
♠️ Lot of boosters help you remove hazard cards and win more games
♠️ Fun trap cards to make the game more challenging.
♠️ Journey island, unlock new adventures and free bonuses.
♠️ Collect avatars and share with your facebook friends.
♠️ Enjoy fun mini-games – Slot Machines and Lucky Wheel and Zoe’s Treasures
♠️ Various styles of card themes – with more on the way!
♠️ Play Pyramid Solitaire with your facebook friends to earn bonus coins every day.
♠️ Find your friend’s game progress when you login with your facebook.
♠️ Saved progress, you can continue on any device when you login with your facebook.
+And so much more..

Our SOLITAIRE design is comfortable for eyes. SMOOTH! ADDICTIVE!

Pyramid Solitarie is the most popular classic card game in the world. Try it now and Play OFFLINE in anytime or anywhere! Our Patience Slotaire will make you feel more exciting and more addictive!
Hello Pyramid Solitaire Fans! Time for new update!

Next island will coming soon!
Thanks for the continued feedback and support, and happy gaming!
Be sure to update to the latest version for all the new content! 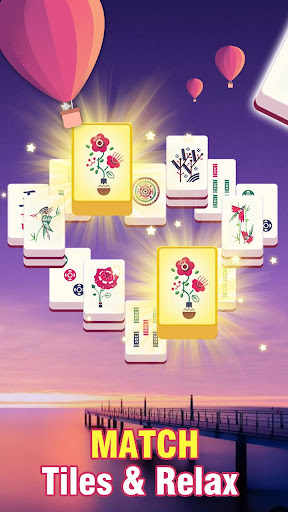 Explore an epic mix of original mahjong & exciting tours quests across cityscapes in the worldwide!

Mahjong Tours is a combination of creative mahjong solitaire, epic city journey and challenging quests, which can inspire your passion for brain & memory challenges.

How to play
If you want to win, you need to match open pairs of identical tiles and remove all tiles to complete a board!
If you are big fan of brain teaser, crossword, solitaire, puzzles matching games, you can’t miss Mahjong Tours!
Win & unblock all the stunning tours puzzles!
Enjoy Mahjongg Tours and take yourself everywhere in the world! 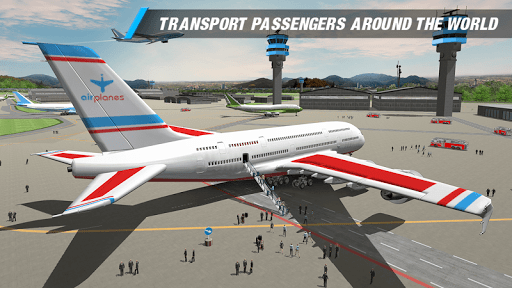 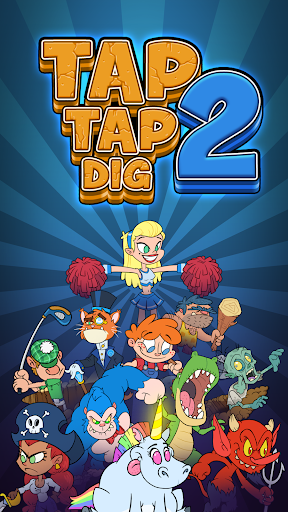 Tap Tap Dig 2: Idle Mine Sim Simulation Game for Android Device- Have you ever wanted to dig to the core of a planet with crazy diggers including a T-Rex, a zombie, and a unicorn?

Collect fossils and trigger a Big Bang to super-charge your dig! Spend fossils to hire idle benefactors for big money. Craft items to give yourself a real edge.

Upgrades
● Hire 12 miners to mine for you!
● Unlock benefactors to earn special money bonuses
● Spend tokens to upgrade entire planets!

Keep on tapping, digging, and mining! 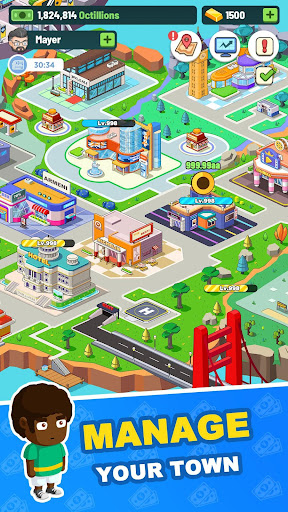 Idle Investor – Best idle game Casual Game for Android Device- Are you ready to be rich?
Now you have a chance to manage a small town. Your only goal is to build more buildings to attract more tourists. Then you’ll get more money!
You can build toll booths to reduce the traffic jam in front of your town. Meanwhile, you can charge tolls! The hotel in your town provides comfortable rooms for the tourists, additional charges apply as well。By the way, don’t forget to hire a security guard to keep your hotel safe. It’s worth it!
What else is in your town? A small diner from the beginning. As it grows, a variety of delightful food will soon be supplied onto your customers’ table! Don’t forget to increase the seats so that you can entertain those very picky customers at the same time.
What’s next? When you get sufficient capitals, try to build a bar, a shopping mall or even a beach resort! But before that you need to make sure that your town is spacious enough to contain them. To earn more money and buy a bigger town will help you fix it. New town means more profits!
What’s in the shop? Gashapon Machines! Here you can get various mascot dolls. They will help you in different ways to increase your profits.
If you like management and idle games, you will enjoy Idle Investor. Build your favorite buildings and become the richest investor in the world!

FEATURES
⭐ Casual and easy to play. All your income💵is collected automatically. You just need to make your decision to upgrade the buildings!
⭐ Experience different buildings in the town. Your goal is to make as much as you can!
⭐ Over 40 kinds of different mascot dolls in our game. Try to collect them all in the Gashapon Machines!👏
⭐ Experience the thrill of being an investor. Rule the town as you wish!😊

NOTES
Idle Investor is a free-to-play game, while some extra games items can be purchased with real money. Players must play the game reasonably. Wish you have a good time in our game!

Got problems or issues?
Join us at www.facebook.com/theidleinvestor
1.Fix some bugs
2.Optimize the map